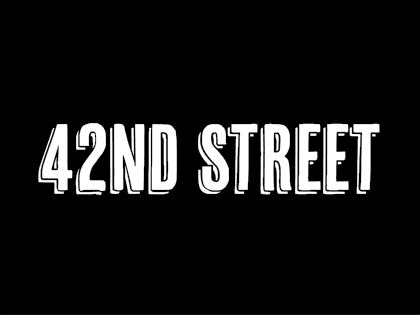 Get out your tap shoes, Francis! The ultimate show-within-a-show tap musical is back at the Mac-Haydn. Tony Award-winner for Best Musical, the fan favorite 42nd Street celebrates the magic of Broadway and what it means to be a part of “the biz.”

Aspiring chorus girl Peggy Sawyer lands her first professional gig in a new Broadway production, led by big-time New York producer Julian Marsh. Set in the height of the Great Depression, the show faces threats of closing—and a serious problem when the leading lady breaks her ankle on opening night.

42nd Street’s grand return to the Mac-Haydn is sure to deliver an extraordinary night out. Chock-full of Broadway standards including “We’re In The Money,” “Lullaby of Broadway,” “Shuffle Off to Buffalo,” “Dames,” and of course “Forty-Second Street” – this iconic love letter to the theater will have you shaking your shoes.