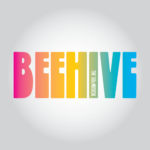 If we need anything after the year we’ve had, it’s the energy of the rockin’ music of the 1960s.

Explore the iconic women who made the music of the 1960s so powerful—everyone from Aretha Franklin to Tina Turner, and every woman in between! Beehive celebrates the groundbreaking female voices of the era. Told from the perspective of six young women with two dozen beloved hits including “My Boyfriend’s Back,” “Be My Baby,” “Son of a Preacher Man,” and “Me and Bobby McGee,” the show takes you on a journey through song, documenting the dramatic changes that America underwent during the ‘60s.

Making its Mac-Haydn debut, Beehive: The ‘60s Musical is sure to get you on your feet and groovin’.

Our top priority is the health and safety of our community, its residents and visitors. At this time it is recommended that you wear a mask when indoors, regardless of vaccination status, in compliance with CDC guidance. Also be aware that many entertainment venues and restaurants also require proof of vaccination at time of entry.

Click here for the latest guidance and community transmission data.