Blues Women of the Capital Region 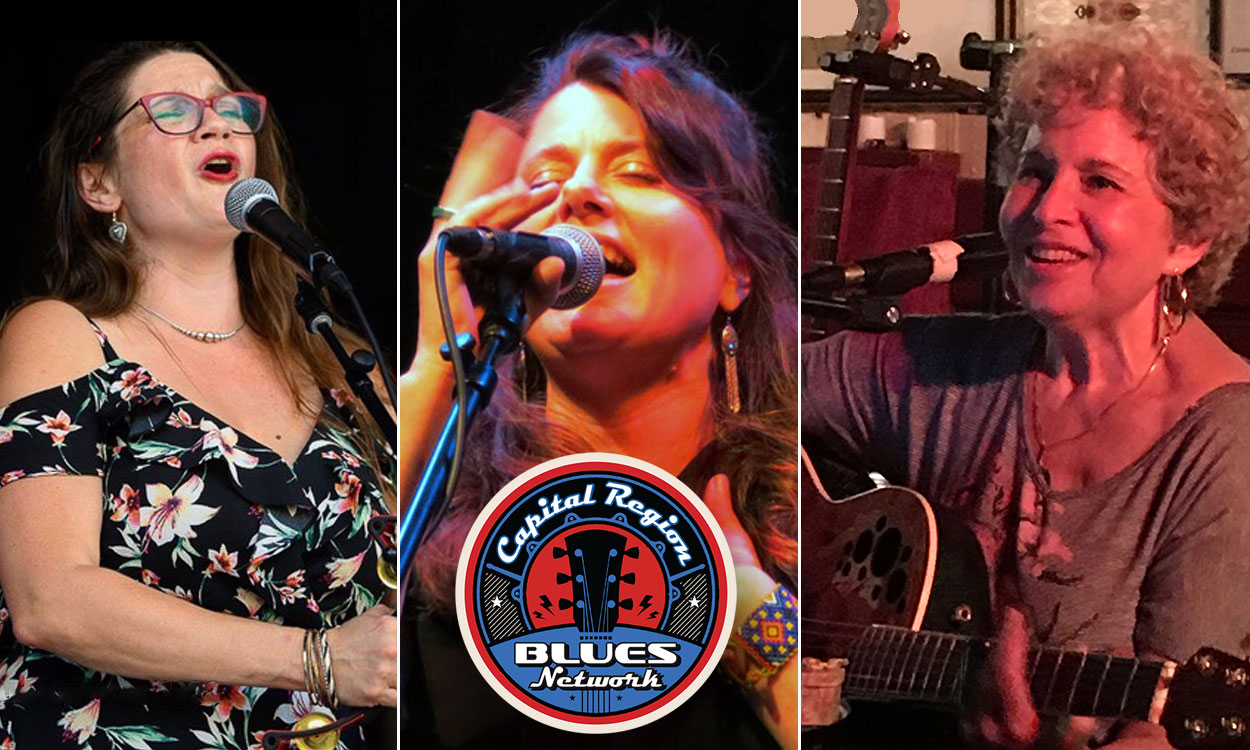 Spencertown Academy in a new collaboration with the Capital Region Blues Network (CRBN) is excited to have these 3 dynamic musicians grace our stage for an evening of the blues:

Sultry Texas-raised singer Jill Burnham (rootblues.com), now a resident of Saratoga, performs original and traditional blues with guitarist/singer Mark Tolstrup in Mark & Jill – Sing the Blues. Together they won the 2022 “EDDIES” “Blues Artist of the Year” award. They represented CRBN in the solo-duo category at the International Blues Challenge (IBC) in Memphis in both 2020 and 2022. Their most recent album was “Mark and Jill Sing the Blues” recorded live at the legendary Caffe Lena in Saratoga.

Robin O’Herin (robinoherin.com) is a touring blues and gospel musician, specializing in historically rich, often interactive concerts that include original and traditional American music. She was a finalist in the solo-duo category at the International Blues Challenge (IBC) in Memphis in 2013. Robin was a finalist in the 2013 Memphis Blues Challenge. She has toured internationally having played festivals in Italy and the Czech Republic. She has recorded a number of full-length albums and EPs.

Amy Ryan (amyryanband.com) formed the Amy Ryan Band in 2014 and represented CRBN in the band category at the IBC in Memphis in 2016 and again in the solo-duo category in 2017. The Amy Ryan Band were nominated for the “EDDIES” “Blues Artist of the Year” award in 2020 and 2022. In early 2022 their self-released album, “Shake and Shimmy”, placed at #29 on the Roots Music Report’s Blues Album chart (alongside heavyweight blues contenders such as the Tedeschi-Trucks Band and Tinsley Ellis).