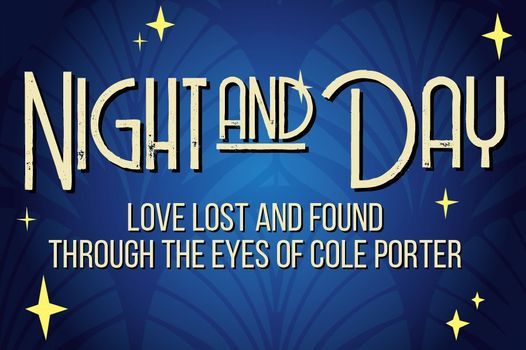 Night and Day, Love Lost and Found Through the Eyes of Cole Porter

Based on an idea by Robert Cacioppo

Conceived and written by Robert Cacioppo with Arthur D’Alessio

This show is much more than a musical revue as it tells an original story entirely through the lyrics of Cole Porter. His beloved songs are arranged into a romantic musical that will have you tapping your toes as you sing along. Taking place in a Berkshire’s mansion, circa 1930, we see how the love our couples feel at night creates an intricacy of relationship struggles for them the next day. Only the second production ever produced, this regional premiere is going to be ‘Too Darn Hot’ to miss.