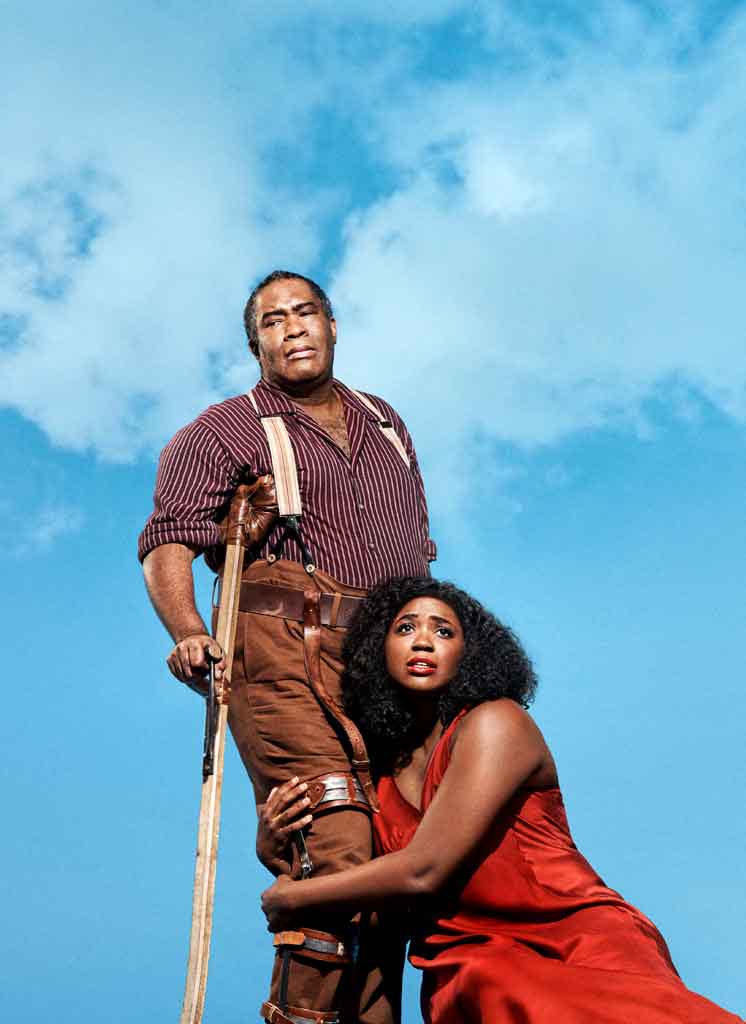 By George Gershwin, DuBose and Dorothy Heyward, and Ira Gershwin

The Gershwins’ Porgy and Bess returns to the Met for the first time since 1990, in a new production directed by James Robinson in his company debut. America’s “folk opera,” as the 1935 creators described it, tells the story of disabled beggar Porgy, sung by Eric Owens, and his love for the drug-addicted Bess, portrayed by Angel Blue. David Robertson conducts a stellar cast that also includes Donovan Singletary as fisherman Jake, Golda Schultz as his wife Clara, Latonia Moore as the bereaved widow Serena, Frederick Ballentine as drug dealer Sportin’ Life, Alfred Walker as the brutal stevedore Crown, and Denyce Graves as Maria, town matriarch and operator of the local cook-shop. Infused with the timeless melodies of the much-loved classics “Summertime,” “It Ain’t Necessarily So,” “Bess, You Is My Woman Now,” “I Got Plenty o’ Nuttin,” and “My Man’s Gone Now,” the new co-production with English National Opera and Dutch National Opera was hailed as a triumph at its premiere in London earlier this year.