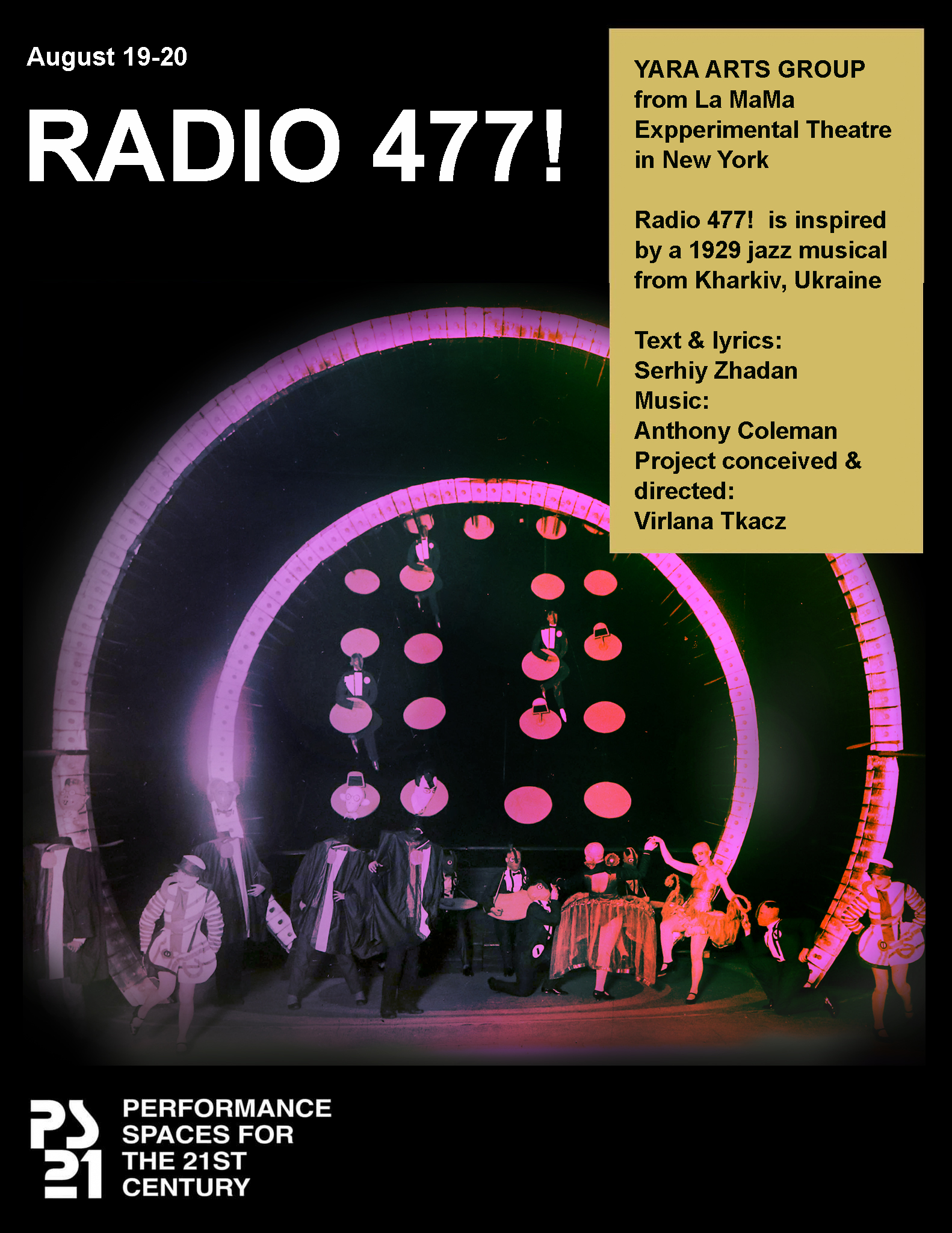 “RADIO 477!” is a new theatre piece based on the first jazz musical created in Kharkiv, Ukraine in 1929, which had catchy songs, wild dances, a spectacular set and fabulous costumes. It captivated its audiences but did not endear itself to the Party bosses and was soon pulled from the repertoire. Like many of the artists, the text and music to the production were assumed to be lost during Stalinist purges. However, a few years ago, director Virlana Tkacz found the conductor’s score hidden in an archive. Serhiy Zhadan, lauded as one Ukraine’s best poets, who lives in Kharkiv, wrote a new text about the city today, based on the original structure of the show. New Yorker Anthony Coleman, a legendary avant-garde downtown pianist, created music for the show inspired by the original score by Yuliy Meitus. The project was conceived and director by Virlana Tkacz, who heads Yara Arts Group. Last November they worked on the show in Kharkiv and were to perform it in March, but at the end of February, the Russians invaded Ukraine, changing history and the show forever.

FREE for students and children under 18.