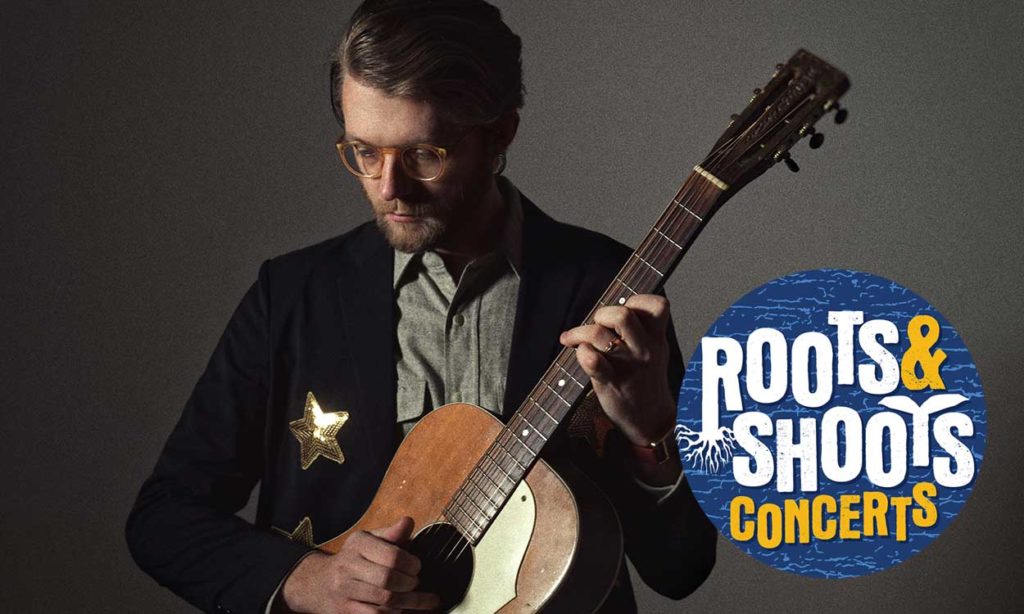 Ashton Taylor and special guests, live stream on YouTube. This concert is free, and advance registration is not required.

Taylor Ashton is a Canadian songwriter and singer living in Brooklyn, New York, who is influenced by the ways that traditional folk, pop, and R&B can live together on the clawhammer banjo. Born in 1989, he grew up surrounded by the Pacific Ocean and the old growth rainforests of Canada’s west coast. He says he draws inspiration for songs from the primeval crookedness of traditional old-time music, the humor and heartbreak of Randy Newman, the cosmic emotionality of mid-career Joni Mitchell, and the sage vulnerability of Bill Withers.

Ashton’s debut solo record, The Romantic, was released last year on Signature Sounds Recordings. Although it was his first proper solo album, it follows four albums as frontman of his former band, Fish & Bird, as well as a stripped-down duo record with guitarist and songwriter Courtney Hartman. His latest release is 2021’s Romanticize, an EP of remixes and new songs, and a companion to The Romantic.

Our top priority is the health and safety of our community, its residents and visitors.

Click here for the latest visitor information for Domestic and International Travelers and those traveling from Canada.
Click here for initiatives to help businesses safely and successfully reopen and navigate NYS’s guidelines.